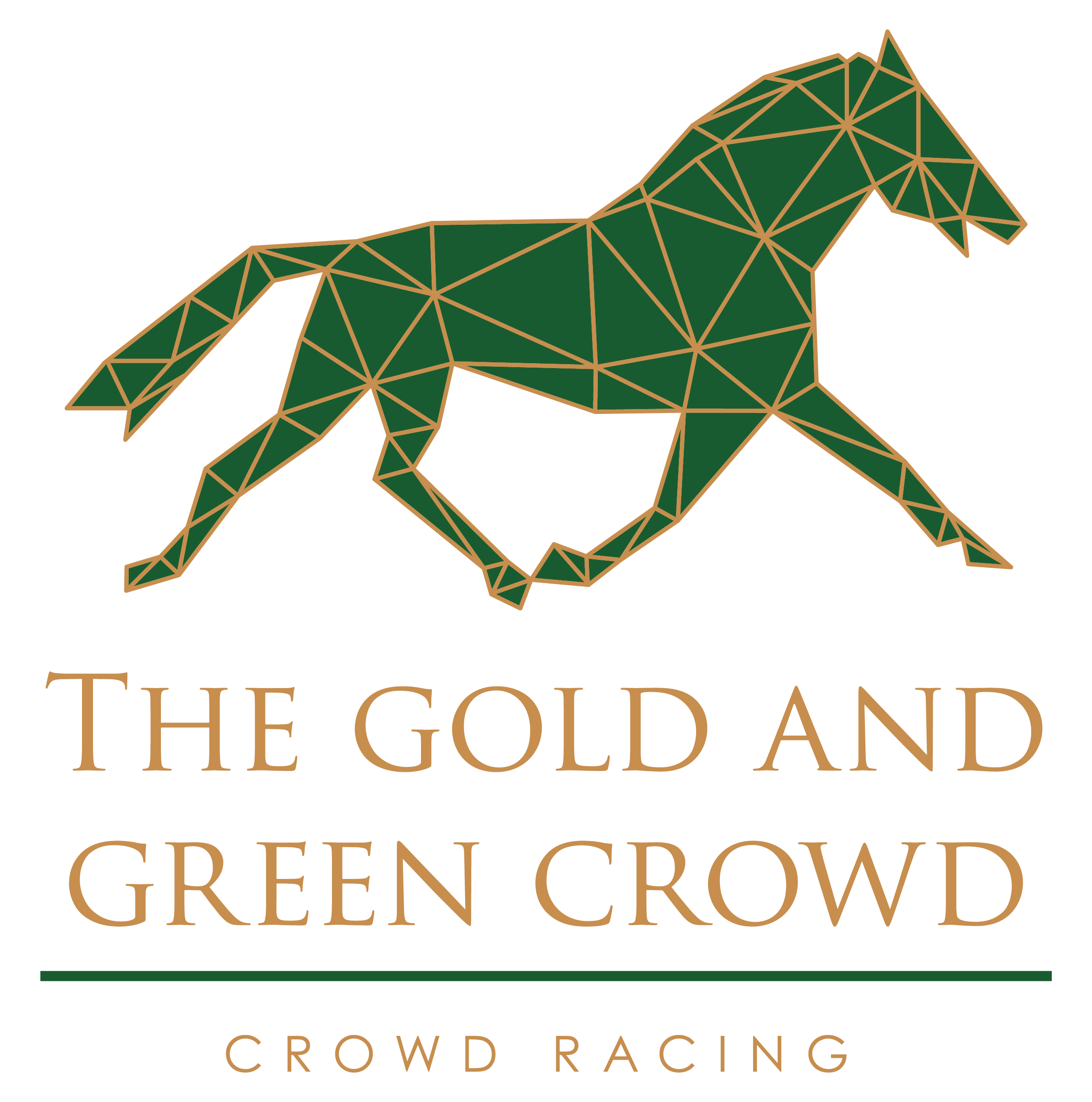 Shares in almost all of the Crowd Racing horses

Whether it’s seeing your favourite horse come from behind to take the win, witnessing your team snatch a last-minute goal to become champions or even weeping in the stalls as the fat lady flawlessly belts out her final aria, we all have that one thing that gives us the feeling of being on top of the world. The thing that flushes your body with goosebumps and sends butterflies flapping about in your stomach. Simply, bliss.

For Liam Humphrey, who is a shareholder in most of Gold and Green’s horses, this is horseracing. To quote him, horseracing is less of a passive sit-back-and-clap situation and much more of a ‘jump around until I’m knackered and shout until I can’t speak’ kind of sport.
Horseracing runs through his blood and appears to be his one true love (apart from his wife, Lena, of course). Speaking with Liam this week, he talked about how he came to the sport, as well as letting us in on his most memorable day at the races and how he even managed to incorporate his love for racehorses into his wedding!

Many people within the horseracing community have roots within the sport from older generations within their family; a love passed down. For Liam, this came in the shape of his great grandfather, who owned greyhounds in the 1930’s and 40’s. This love was then shared with Liam’s father and finally passed on to Liam. Whilst going to races with his dad gave him a strong appreciation for the sport, there is arguably a bigger event within his childhood that truly cemented Liam into the horseracing community for life. He was born on Derby Day! So, it is almost as if he came into this world knowing what his true calling was.

The pictures are of "Baby Liam and his father at Sandown for the 1983 Whitbread Gold Cup" and Liam with his wife and fellow racing enthusiast, Lena. @Lena

As soon as he was able to, Liam left college and began working for Heathorns Bookmakers, taking bets over the phone and he has ‘been in and out of the betting industry ever since.’
With regards to syndicates, at the start, Liam was finding limited success, with ‘one win in about twelve years’. He also felt no sense of community within the syndicates and was disappointed at the lack of communication. However, stumbling upon Crowd Racing seems to have been a game changer for him:

‘I liked the idea of crowdfunding the horse, putting in the amount you wanted and having your say on important matters with a vote. The trainers are brilliant too and always have time for us. I’m pretty sure I saw Camilla and Eliza more than my family last year!’

The sport of horseracing is not always positive and successful; as with anything there are
down days. But it is exactly those troughs that make the peaks that more exciting!

Cheltenham Gold Cup, 1989: Desert Orchid (Dessie) wins. According to Liam, this day stands as one of his ‘life highlights’. It was a day that gave him goosebumps and butterflies and put him on top of the world, which he can rewatch anytime he wants, through YouTube. Liam remembers, ‘Dessie was one of my heroes back in the day.
This bold jumping, front running, never say die, grey horse was loved by the rest of the racing world as well!’ At not even eight years old, Liam had already watched and rewatched all of his favourite horse’s races, so, come the big day, he knew how high the stakes were.
The passion with which Liam retells this memorable day is a testament to how much he truly loves this sport, so it is only right that you live it through his words:

‘Everything was against [Dessie] that day. Rain, sleet and snow had left the ground bottomless and he wasn’t anywhere near as good on left-handed courses. Hats, binocular cases, beer, newspapers... anything at all, was launched into the air as Dessie went a length and a half clear at the finish from Yahoo. It was bonkers, all around me. It was magic. The scenes and the noise on that day as he was “beginning to get up” will live with me forever.’

It is clear that Desert Orchid will always hold a special place in Liam’s heart, but when it comes to second or third favourites, there are simply too many to choose from. Cue, Liam and Lena’s wedding. As two avid horse lovers, the duo decided to name all of the tables at their wedding after famous racehorses, so they could give all of their favourite horses a shoutout on their special day. Even Gold and Green’s own ‘The Detainee’ made the cut!

Finally, as a man who has lived and breathed horseracing ever since.... well, birth, I thought it only right to ask Liam his advice on the topic of racehorse ownership, and this was his response:

‘Don’t be planning on getting rich from owning horses would be the first thing! There will be setbacks and things won’t always go as expected on and off the track. Just have a bit of patience and understanding. These are animals, not machines.’