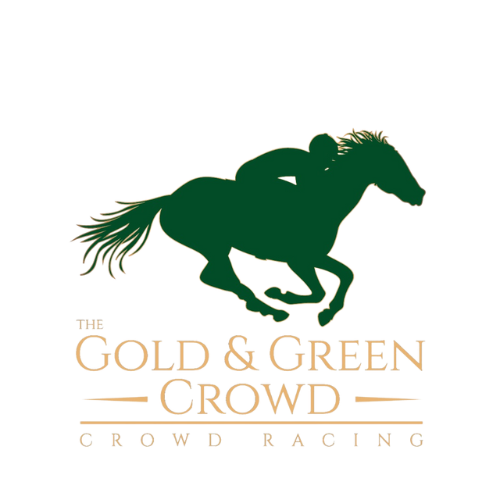 Ray Webb is a long-standing member of the Gold & Green community, an avid Newbury racecourse goer, and a man with winning superstitions. His home in Tadley is perfectly situated within a short driving distance of a multitude of racecourses including Windsor, Ascot, Lingfield and Salisbury but his local, Newbury, is unrivalled in his eyes due to its all-year-round racing and unobstructed view of the entire circumference of the course.

His enthusiasm for horseracing stems from his father who had been involved in the sole ownership and small syndicates of horses for as long as he can remember. Ray fondly recalls how his father was involved with a horse called Tout Seul, that superseded everyone’s expectations and went on to win the Dewhirst and placed in both English & Irish 2000 guineas. If he had the ability to go back in time and watch any specific horse or race in modern history, Ray is torn in two directions. He would either transport back to 1970 to watch Nijinsky’s astonishing performance in Saint Ledger achieving, the jewel of British racing, the triple crown or to 1964 to see the most significance sire in modern history, Northern Dancer at the Kentucky Derby. However, regarding the future of racing, Ray pinpointed Marco Ghiani, Nicola Currie, and Angus Chelada as the jockeys to watch out for.

Race day rituals that have evolved into a lucrative tradition for Ray encompass the colour pink and the number 7. As a man of unwavering superstitions, in the last race of the day Ray will always back the horse whose colours are predominantly pink. Additionally, if a horse has 7 associated with it whether it’s the number, odds, age etc he backs it. This tradition commenced after a merciless day at Newbury when he backed the last winner who was at 7/1 odds and has stuck ever since. The prime number has been regarded by many myths and folklore to be extremely lucky and project a definite mystique so Ray might be onto something here.

Ray’s dream dinner party VIP guest would be MBE Italian jockey Frankie Dettori because in Ray’s words, “in all sports there are only ever a few superstars that transcend their sport and he’s one”. Also making it on the short list, is Holly Doyle due her outstanding performance in the sport as well as our own esteemed Gold and Green trainer Camilla Poulton and trainer Paul Nicholls because of his “knack for picking the right races”. JP McManus also got a mention for reassurance to fill in any possible silences or lulls in conversations by listing all his horses.

When asked his age, Ray answered with a monosyllabic swift “Rude” but, it’s clear his experience in syndicates has cultivated an air of wisdom. Ray candidly acknowledges how horseracing despite its effortless and glamourised exterior, is a sport that attains a gritty reality which often takes form of a tumultuous roller-caster of heightened emotions and new challenges. This roller-coaster materialised last summer in Newton Abbot when, after immense anticipation, horse Bob Pebble (at 100/30 odds and 2nd favourite to win), fell at the first hurdle within the first ten seconds of the race. This devastating event left Ray feeling utterly deflated but his philosophy to dealing with the inevitable disappointment in such a high stakes sport is “There’s always disappointment (I think it’s the law) so I tend to be more philosophical than disappointed and look for the positives or draw a line and move on”. This optimistic attitude shines through Ray and provides a thoughtful framework of advice for others experiencing disappointments in the industry.
Nevertheless, for Ray clearly the euphoria of the thrills in horseracing counteracts any setbacks. His first visit to Wincanton was rated highly in his top horse racing moments, a time when he, for the first and only time, boldly backed every winner on the card. More recently, a rapturous moment at Doncaster occurred. Pressure and tension had mounted after convincing all his colleagues and friends to back his choice in ‘Aced It’, but thankfully led to a thrilling win. Ray triumphantly recollects the atmosphere “you could probably hear my screams in Doncaster, when Jack took him through the field like a hot knife through butter”. This perfectly depicts how amidst all the obstacles and intensity of the sport, the momentous feeling of exhilaration after a blissful win makes it all worth it.

About the author - Camilla Foster

Camilla Foster is a member of The Gold and Green writing team. A final year Journalism undergraduate at Cardiff University who's hoping to start a Broadcast Journalism Masters in September.

Currently, I write for a student current affairs blog called ‘R3trospect’ and a university arts and cultural magazine called ‘Quench’. In the future, I would love to work for somewhere like the BBC and be involved in making documentaries.

In my spare time, I love writing, travelling, and hiking. I am originally from Gloucestershire and enjoy going to Cheltenham Racecourse with my friends. I have a few family members in the racing world, so this job really interested me. The Gold and Green Crowd community is so inclusive and inspiring, so I am really excited to start writing some of your stories about your involvement in the racing world.